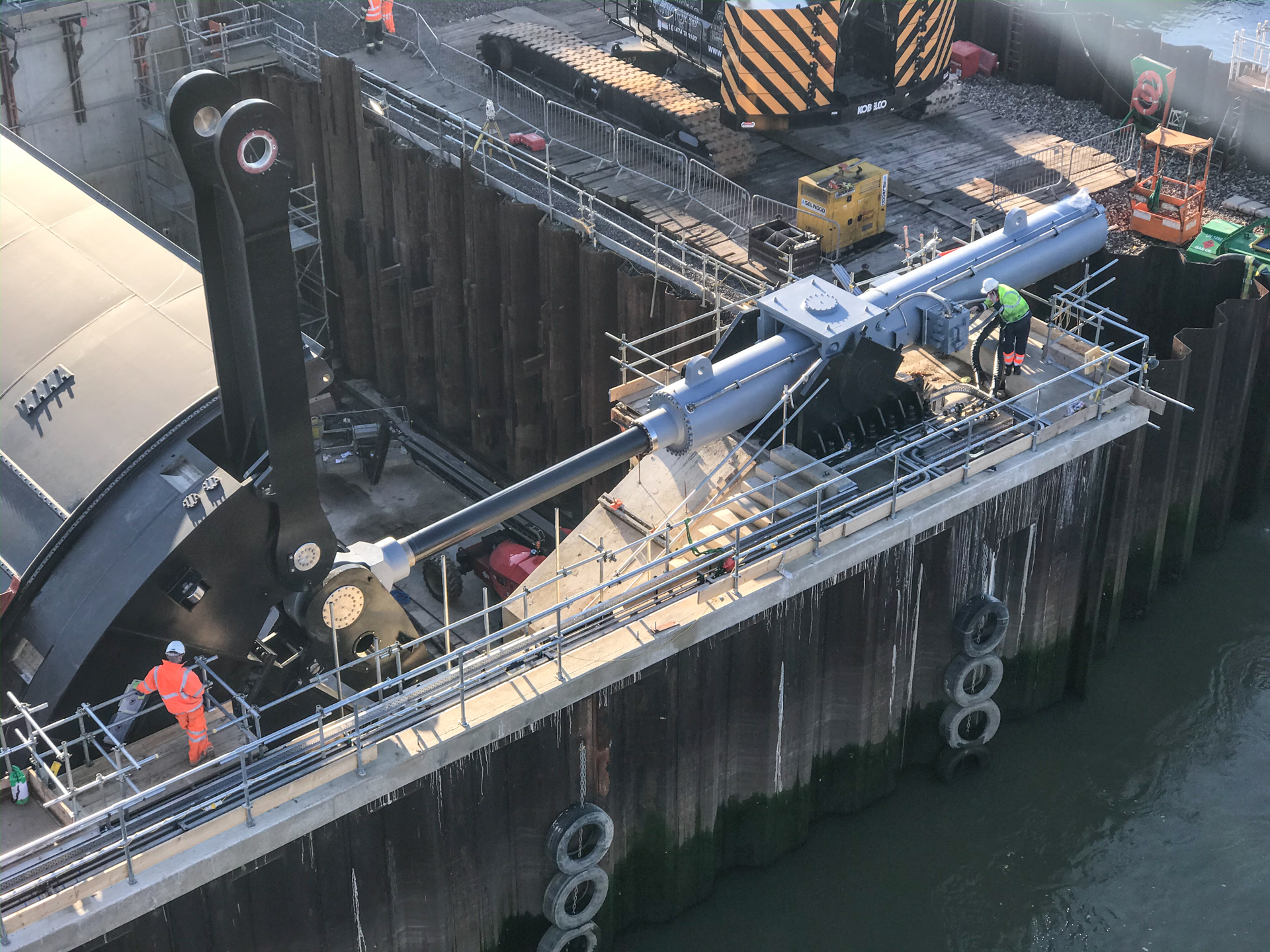 After many years in the planning and construction, December 2019 saw the start of commissioning for the new flood barrier installed across the Haven at the Port of Boston in Lincolnshire, UK.

In December 2013 the Lincolnshire town of Boston was devastated by flooding, almost 6 years to the day, the new barrier has been installed and moved through its full operational range of movement as part of the installation and stringent testing regime. The barrier type is known as a rising sector gate, which functions in a similar manner to the gates installed in the Thames Flood Barrier. Like the Thames Barriers it spends most of its life open, laid horizontally in a recess in the riverbed. When it is fully operational the barrier will be deployed in 20 minutes using the enormous hydraulic cylinders mounted at either end of the gate. Each cylinder weighs 55 tonnes and is capable of raising the 360 tonne gate either as a pair or on individually should they need to. The main barrier is part of a much wider flood defence project being carried out by a joint venture between BAM Nuttall and Mott MacDonald. Eadon Consulting, working for Mott MacDonald have played a key part throughout the project working as specialist water control structure engineers providing technical expertise and independent verification services (CAT 3) for the barrier structure and MEICA.

Summer 2020 will see the official opening of the main barrier as well as a continuation of the flood defence works, including designing and installing a pair of vertical sector gates, believed to be the largest in the UK.