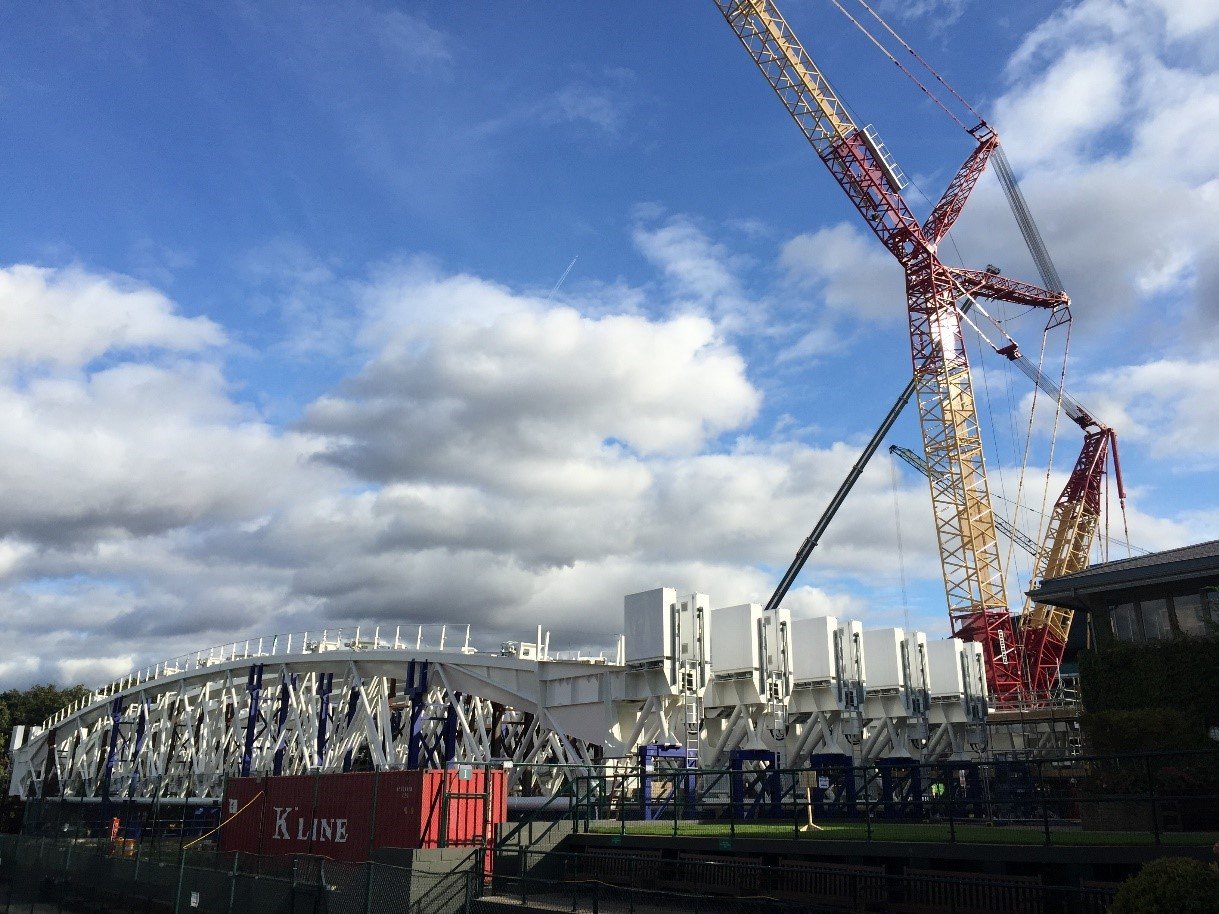 Joseph Ashman, our new Graduate Engineer, recently attended an IABSE visit to Wimbledon’s new Court 1 moving roof. The £70m project, run by Sir Robert McAlpine, is in the final of its three phase installation plan which began in 2016. The new roof takes a similar form to its counterpart on Centre Court but will sit slightly lower.

The structure makes use of four existing reinforced cores which were built with 15,000 kN of additional capacity with the vision of adding a moving roof at some point in the future, when it was first built. Two large trusses either side of the stadium, provide the main roof structure, running from north to south, supported by the four existing concrete cores alongside four new points of support. The roof will open and close using 11 mechanised trusses which move independently and support the fabric roof made of a specially coated woven material called Tenara. The key constraints of the project were:

The roof is scheduled for completion in May of next year, so will be ready for use at Wimbledon 2019.