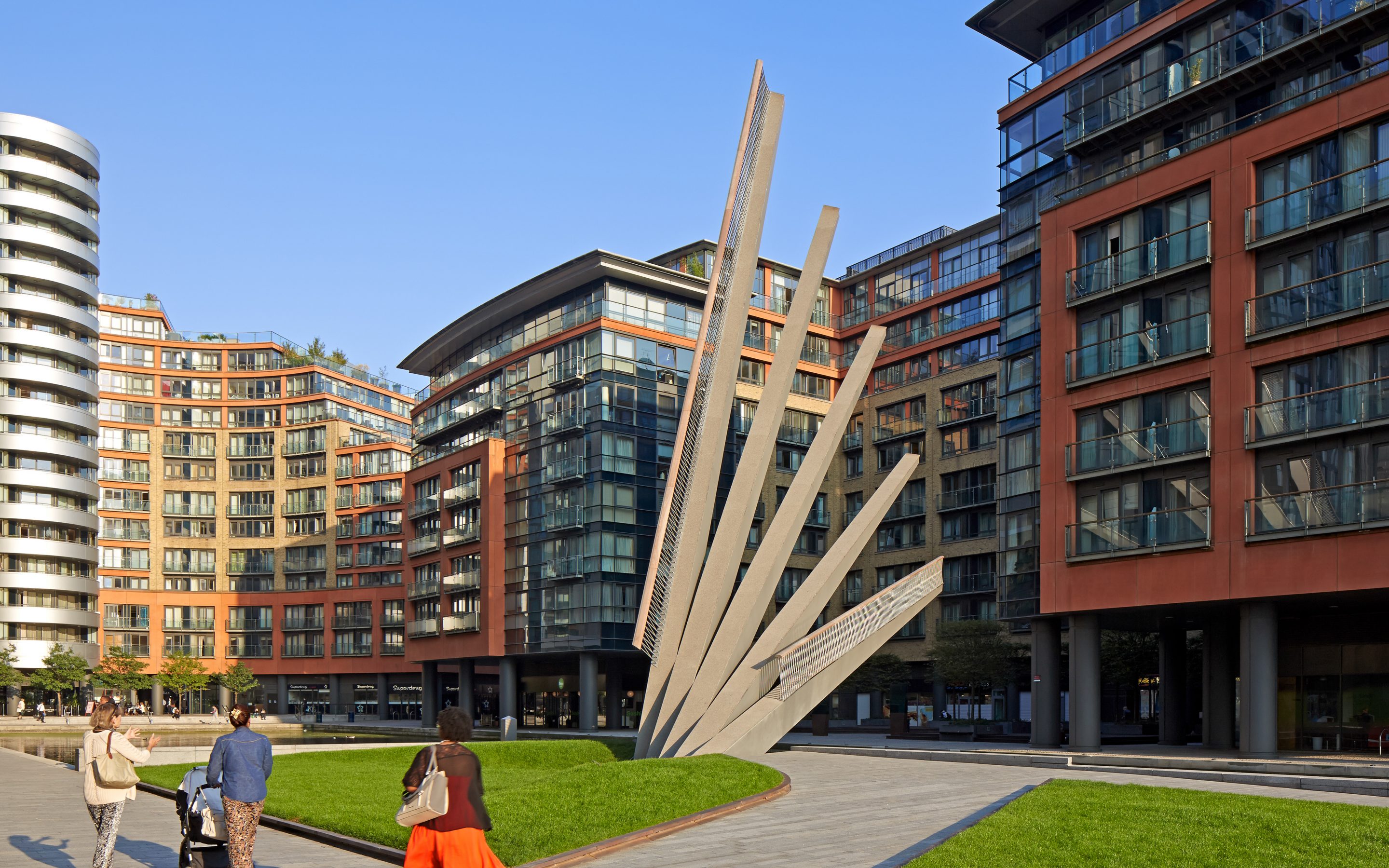 The series explores the stories of four of some of London’s most iconic bridges. The first episode looked at London Bridge which itself has been replaced many times, but for 17 centuries was the only site where a bridge served the River Thames. The second focused on Tower Bridge, looking closely at how it has become entwined with the people of the east-end, the Blitz, and the end of Empire.

London is a city of bridges and Eadon Consulting are proud to have played a significant role in designing four of them to date.

We carried out the detailed mechanical design and supporting electrical and hydraulic specification for the operating equipment for the Merchant Square Fan Bridge at the Paddington Basin. Built as part of the Paddington Waterside development, this award winning bridge was officially opened in 2014.The bridge, which is one of several unique bridges along the same stretch of the Grand Union canal, consists of 5 separate beams. When raised each beam moves at a slightly different speed, meaning that the opening motion is similar to that of Japanese fan.

In 2015 the Greenwich Reach Swing Bridge was officially opened. This bridge provides a vital link for people who were previously forced to deviate inland onto Creek Road, away from the river Thames, to cross the Deptford Creek. Eadon were the mechanical and electrical consultants for the bridge and were responsible for producing the exemplar design for the operating equipment as well as CE Marking the project to the Machinery Directive. With an opening time of approximately 150 seconds, the bridge design needed to be kept simple and reliable. With this in mind, the nose of the bridge is supported on wheels which roll up an inclined track and provide permanent support. Rate controllers in both the fully open and fully closed positions ensure the bridge is brought to a controlled stop at the limits of travel. Additionally, rotational alignment is maintained, even during ship impact, by a loose fitting, electrically actuated, locking pin.

In 2015, following the go ahead for the redevelopment of the Leamouth Peninsula in London, Eadon Consulting assisted with the mechanical design of the Leamouth Vertical Lift Footbridge. Spanning the River Lea, this 3 metre wide pedestrian and cyclist bridge provides a connecting route between the peninsula and its London City Island development and Canning Town centre. Our engineers provided the exemplar mechanical design and the detailed mechanical, hydraulic and electrical specifications for integral components. The steel structure comprises a single, 82m long span that is lifted vertically to allow for the passage of tall marine craft. The lift is achieved by a pair of hydraulic cylinders located at each end of the span. Eadon worked on the design of both the lifting mechanisms as well as the guiding systems which are responsible for holding the raised components in place.

Most recently we have been involved the design of the Water Street Bridge in Canary Wharf. This 28 metre single-leaf bascule bridge provides a road and pedestrian link between Montgomery Square and the new Wood Wharf district. Eadon’s role was the exemplar design of the mechanical, electrical and hydraulic elements of the bridge design. A pair of large bore hydraulic cylinders underneath the eastern end of the steel span raise the deck to allow large vessels to entering Water Square. It’s an elegant design, with the steel structure blending with the concrete approach spans and the mechanical parts only visible when the bridge is moving or raised. To create an open space for pedestrians the orthotropic steel deck is relatively wide. As part of the design process the use of a counter weight was assessed against the additional space required to house the counter weight. Given the relatively infrequent operation it was apparent that the imbedded carbon of the counter weight and associated civils aspects would be greater than the additional power required per operation. Opened to the public in January 2020, Water Street Bridge is Canary Wharf’s newest opening bridge.