Out of Hours – MotoGP 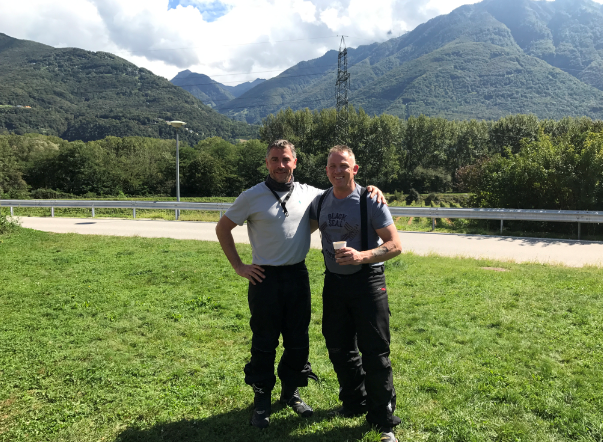 As part of our ongoing series on what the Eadon team get up to out of hours David Price talks about his recent trip to the San Marino round of the MotoGP Championship:
Being a keen motorcyclist and a big fan of motor sport, every year I take a motorcycling road trip with my brother and friends to the continent to catch a round of the premier motorcycling event, the MotoGP. This year we decided to go to Misano in the Italian microstate of San Marino, which just happens to be the home town of MotoGP’s biggest star, Valentino Rossi.
The trip started for me in my home town of Sheffield from where a short journey led me to the Ferryport at the King George Dock in Hull. This is where I was to meet up with the rest of our party. Excited for the trip ahead I pulled up behind a line of bikers in the queue for passport control and took off my helmet. One of the best things about motorcycling is that wherever you are riding a bike in the world it’s like being in an enormous club. You can guarantee that other bikers will stop and talk to you, and you will always meet plenty of friendly likeminded people. Unfortunately on this particular day whilst chatting in the queue with a nice couple from Manchester, they dropped the bombshell news that Valentino had just broken his leg in a training accident. Gutted! To say that Rossi is the star of MotoGP doesn’t do him justice. For Valentino every championship round is like a home round for the number of fans he has worldwide, but his home GP and the passion of the Italian fans is something that has to be seen to be believed.