Eadon Consulting were appointed as Waterways Ireland’s preferred gate and stop log designer providing advice during the early stages of the project. The project involved the design of flow control gates to manage the water levels in the Killaloe Canal. Eadon were later appointed by the main contractor L & M Keating Ltd to provide the detailed design and manufacturing drawings of both the flow gates and the stop logs.

The Killaloe Canal is situated on the River Shannon in Ireland. The two are separated by a narrow wall constructed in the late eighteenth century to allow vessels to bypass an area of rapids on the Shannon, providing uninterrupted passage of vessels between Limerick and ports south of Killaloe. The canal became redundant in 1929 when the level of the Shannon was raised due to the opening of Ardnacrusha hydro-electric power station. The wall separating the canal from the river became an informal mooring point for small craft.

The main project consisted of major development works on the Killaloe Canal which included the strengthening of the canal walls, installation of formal moorings, and the installation of a set of flow control gates.

The purpose of the flow gates is to remain closed for the majority of the time acting as a weir. This raises the canal level upstream and prevents scouring of the canal walls and banks due to the fast flowing water which is present on the Killaloe Canal. After considering various gate options; flap gate, radial gate, sector gate, vertical lift gate, etc., the chosen gate solution was to install a pair of hydraulically operated mitre gates. 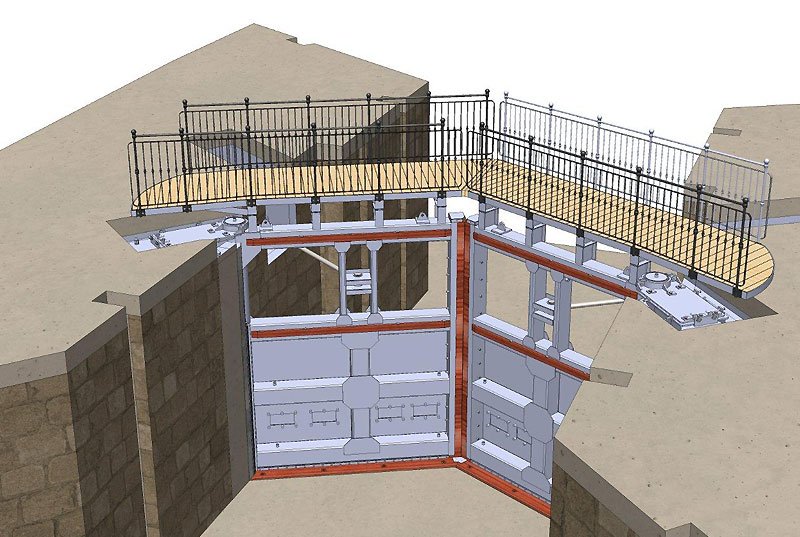 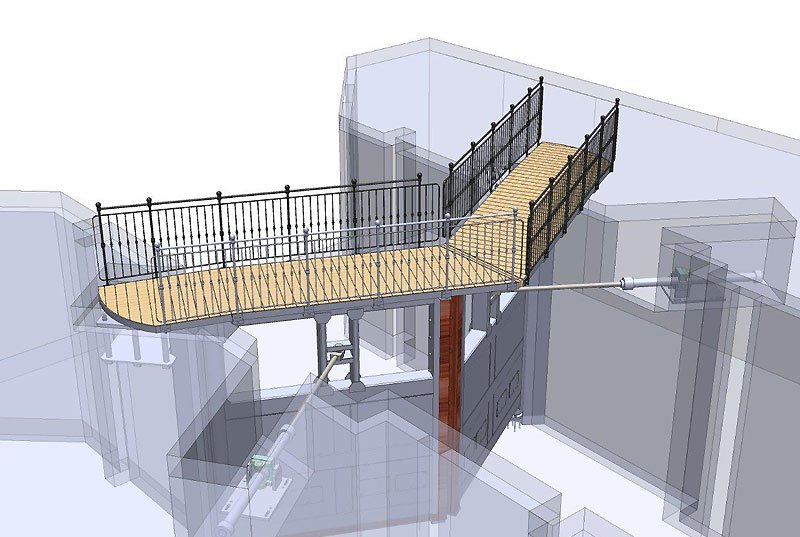 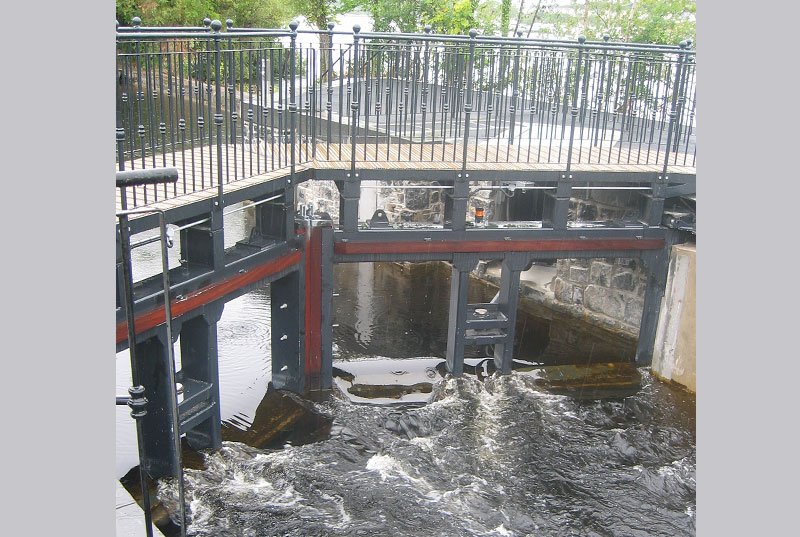 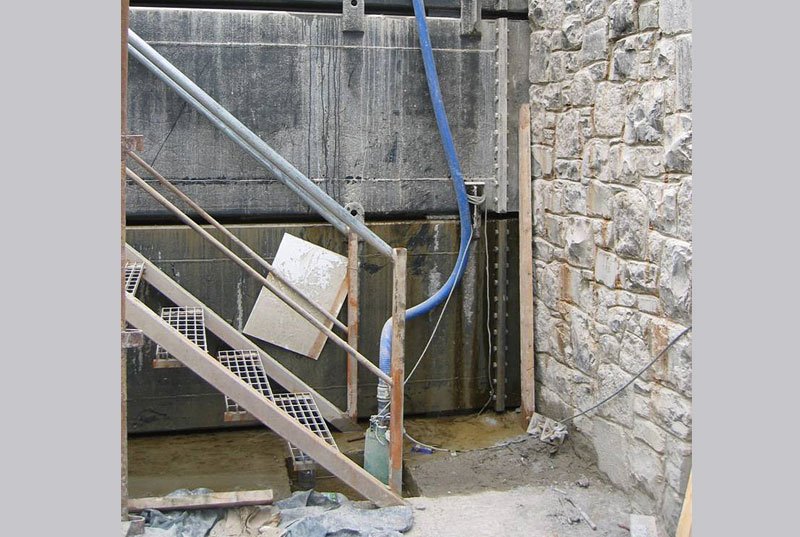 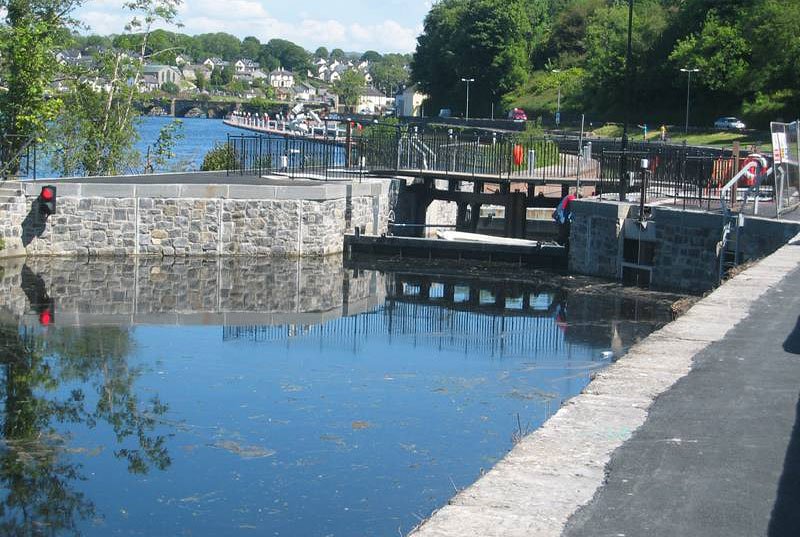 Mitre gates are usually used in pairs to form a canal lock and as such only open when the water levels are equal on each side of the gate. Due to the fast flowing water, the Killaloe flow gates had to be designed to open against a head differential of up to 400mm to allow the passage of vessels, which meant that the hydraulic actuators had to produce a much larger force than usual.

The gates also had to be designed for an accidental impact load from a 15 tonne vessel travelling at 4 knots, which meant that the gate had to be strengthened significantly compared to a standard set of mitre gates.

To assist the installation and future maintenance of the flow gates, two sets of steel stop logs were designed by Eadon and supplied by L & M Keating Ltd for use at the site. 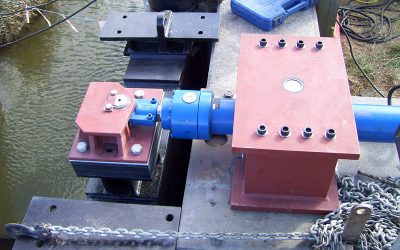 The project involved the production of the detailed design and supporting calculation pack for the gate actuating ram mountings and... 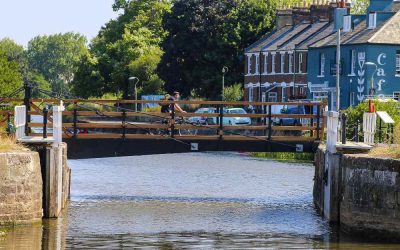 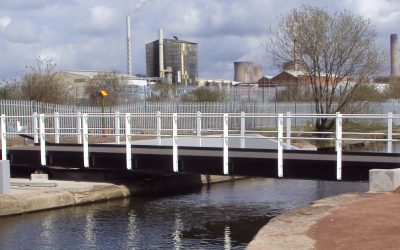 As part of the rejuvenation of the Sankey Canal running alongside the north side of the Mersey, Eadon design a... 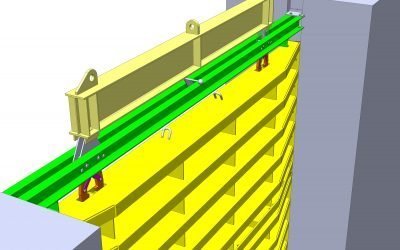 Eadon completed the detailed design and analysis of a series of stop logs and associated grapple beam for stop... 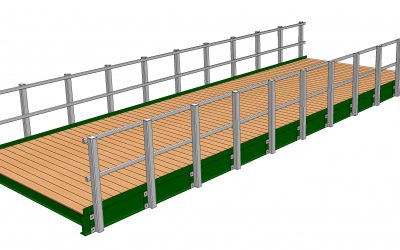 As part of an Environment Agency project to create a man-made flood plain for wildlife to flourish, a farmer's access... 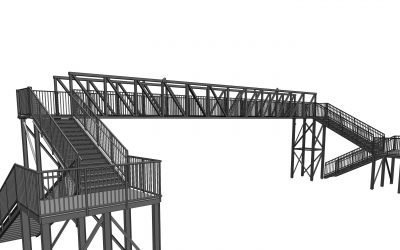 The new Eastwood footbridge in Rotherham, South Yorkshire, has been completed and officially opened to the public. The replacement structure,... 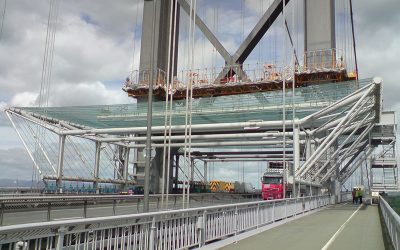 The contract to re-erect the Dropped Object Canopy on the Forth Road Bridge North Tower has recently been successfully completed...