Eadon Consulting · 2 days ago
@Eadonnews
We're really pleased that the Lille Langebro swing bridge in Copenhagen has won the Steel Bridges 2022 Award in the Cycle and Pedestrian Bridges category. Find out more about it in our project write-up here:
https://t.co/ZF1UsWNUoT 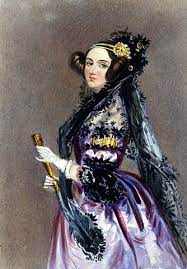 INWED was launched by the Women’s Engineering Society (WES) in 2014 to raise the profile of women in engineering and focus attention on the career opportunities available to them in this industry. The awareness campaign consists of hundreds of events, from talks, tours and debates to competitions, virtual site visits and videos and is the world’s biggest initiative celebrating the achievements of women in engineering.

Government data showed that last year over 53,000 women in the UK were working in engineering roles – that’s almost double the number recorded in 2010.1 But although there has been an increase, women still only make up around 10% of the UK’s engineering workforce. INWED gives women engineers around the world a profile when they are still hugely under-represented in their professions. As the only platform of its kind, it plays a vital role in encouraging more girls and young women to take up engineering careers.

Engineers around the world have played a major role in responding to the Covid-19 pandemic. At the same time, the extraordinary public health crisis that we are all experiencing has brought into focus how they also deliver and maintain critical services and infrastructure, keep civic society functioning at every level, and support lives and livelihoods. And so, aptly, this year’s INWED theme is ‘Engineering Heroes.’

Elizabeth Donnelly, Chief Executive Officer, Women’s Engineering Society, said: “In one of the most challenging years that any of us has experienced, INWED will be a positive worldwide celebration of the incredible work done by female engineers in keeping us safe and secure – not just in response to the pandemic itself but also behind the scenes every day of our lives. Our theme #Engineering Heroes will give these amazing women their much-deserved turn in the spotlight.”

This got us talking about our own female engineering heroes – of which there were many.

These are just three of our favourites:

Known as “the first computer programmer,” Lovelace wrote an algorithm for a computing machine in the mid-1800s.

‘In 1833 she met Charles Babbage, an inventor and mechanical engineer and they became good friends. She became interested in Babbage’s plans for a device called the Analytical Engine. It was never built, but the design had all the essential elements of a modern computer. Lovelace studied the plans for the Analytical Engine adding many of her own comments about how the machine could work – describing how codes could be created for the device to handle letters and symbols along with numbers. She also created a method for the engine to repeat a series of instructions, a process known as ‘looping’ that computer programmes still use today.’2

Roma Agrawal, MBE FICE is a chartered structural engineer based in London. “From footbridges and sculptures, to train stations and skyscrapers – including The Shard – she has left an indelible mark on London’s landscape. She is a tireless promoter of engineering and technical careers to young people, particularly under-represented groups such as women.3 Roma has also written a children’s book which one of our very own Directors, Michael Thorogood has contributed to. ‘How was that built? ~ the stories behind awesome structures.’ will be released on 16th September this year!

Amos co-founded the YouTube channel Kids Invent Stuff and in 2017 she launched the #girlswithdrills movement – an ‘inclusivity in making’ campaign.

For more information about INWED visit https://www.inwed.org.uk/ and show your support using the hastags: #INWED21 #EngineeringHeroes